Screamfeeder. A noisy pop/indie rock band from Brisbane. Lovers of loud and beautiful music since the day they were each conceived, they have been compared to all the greats; Husker Du, The Jam, The Replacements and The Who. Contradictions and dualities abound within Screamfeeder, and therein lies their beauty.

They’re the band you grew up with, whose songs are imprinted into the DNA of every music-lover who came of age in the 90’s and 00’s. A band of eternally-youthful fuzz-pop darlings who, however improbably, have continued to play together for nearly 30 years and somehow have not only gotten better, but have become even more loved. A band that combines loud with beautiful, intense with joyous, chaotic with precise and pulls it all together in a way that very few acts ever manage.

While not dwelling too much on the music industry history, Screamfeeder were always the band that everyone knew were one of the best in the country, as well as often the unluckiest. Label turmoil seemed to be their lot in life, but it never stopped them making great music. Their place in Brisbane’s musical history is assured, with a long and impressive series of albums that never slipped in quality.

They released their debut album Flour in 1992, and followed that with five more scorching albums including the undeniably-classic Kitten Licks in 1996. Their records continued to sell, with all of their albums remastered and released on vinyl – the last being Take You Apart, which was finally re-issued in May 2020. The five-week tour that was scheduled, well, you know what happened to that.

They’ve toured Australia too many times to count, as well as the US, the UK, New Zealand, Singapore, Japan, France, Germany, Switzerland and Spain, taking audiences on the ride that is uniquely Screamfeeder.

Live, they’re a non-stop whirlwind of high-energy heavy riffs, caterwauling feedback and pulse-racing bass, Tim and Kellie entwining their vocals around the music, Darek’s guitar riffs alternately soaring and abrasive, all anchored with the explosive power of Dean’s drumming. This band can give anyone in the world a run for their money – they’re raw, grungy, fiery, effortlessly skilful yet loose at the same time, an exuberant and joyful wave of music filling every space in the room with pure radiant youth.

“…(their) ragged, infectious spirit evokes all kinds of glories: classic soul records, the early Who singles, the fire and fun of bands such as the Jam and the Replacements.” (Courier Mail)

After a couple of quiet years, the band stepped back into the live arena in 2014 to celebrate the reissue of their four classic ‘90s albums, focusing on songs from their spiky, immediate debut Flour, the crushing, seminal Burn Out Your Name, 1995’s oddball indie rollercoaster Fill Yourself With Music and the 1996 smash Kitten Licks. Guess what? Rooms filled with punters singing every word were testament to the abiding quality and ongoing love for the band and their songs. 2015 brought the release of their classic 2000 album, Rocks On The Soul, and again it sold out in short order.

2017 saw the first new Screamfeeder recordings in twelve years, with the acclaimed Pop Guilt album being hailed as a career highlight. And just to hammer home the point, in 2018 they put out a double-LP “best of” collection entitled Patterns Form – 24 shining examples of what Screamfeeder does best, collected into a fine career overview.

“Forget Jet, The Vines, even You Am I… Screamfeeder are hands down the country’s best rock band and Take You Apart is all the proof you need. For real.” (Time Off magazine, Brisbane , November 2003)

2020 brought Take You Apart on vinyl and not much else…but 2021 sees Tim and Kellie writing new songs for a new album due in July 2021, with that delayed national tour now set for September and October. With some festivals sprinkled in, this year you finally get to see them in action again.

Screamfeeder believe in writing good songs and performing them like their lives depend on it. Old school? Shit yeah, and proud of it.

As ‘The Madmen’ we’d been sending out crappy demos – and delivering them in person – to record labels up and down the country for 18 months, to generally poor response. To get a great recording, and get it to the right ears, from so far away (Queensland) all just seemed too hard. We knew no-one, and literally nothing about how these things worked.

Then someone gave us a hot tip about a studio out in the Badlands.. Inala – where you could get a great sound for the right price. (Thanks Mick!) We gave it a go and recorded 4 new songs, and began cassette-dubbing and posting one more time.

Then at home in Heussler Tce in Paddington one night we got a call from Survival Records in Sydney. They’d been passed our demo by the guys at Waterfront, and they liked it. I (Tim) was on the phone, covering the mouthpiece to relay what I was hearing to Tony (Blades, drummer) and our girlfriends, all of us wide eyed and not actually believing what we were hearing. They offered us a (very conservative) $1500 publishing advance, and an album release both in Australia and Europe. We were ecstatic.

“But we think you should get a new band name”.

Tony, Kellie and I scoured everywhere we could for new band names, with multiple brainstorming sessions, and a visit to the old state library to explore obscure dictionaries and reference books. It was all fruitless, and eventually we descended on “Screamfeeder” in the spirit of the one-word band name trend of the time.

In October 1991 we re-christened ourselves officially with a typed press release, faxed to Time Off and BUMS Magazine, and some fluoro stickers we placed over existing bios and on venue toilet walls “The Madmen are now SCREAMFEEDER”. Within a few months we’d played with Evan Dando and Fugazi, done a bunch of local shows including the Nirvana “after party” at Funkyard, and recommenced recording our debut album Flour.

Everything happened quickly; we didn’t have time to look forward or back, focusing only on the fast-moving present. The 90s were a blur of constant activity, the noughties were a weird and windy decade, the teens a celebration of what we still had, realising it had become our lives.

Who could have guessed we’d be doing it 30 years later? Who could have predicted that all the ups and the many downs, the good and bad decisions, the friendships, fights and failures, everything would bring us to here. Happy 30th, us!

To celebrate we’re rehearsing new songs for our 8th album – to be recorded in April. We’re making a photo book, and reissuing some classic old t shirts. We’re halfway through filming a documentary and we’ve got festival dates booked – as well as our own tour *fingers crossed. It’s going to be a big year, get on the bus. 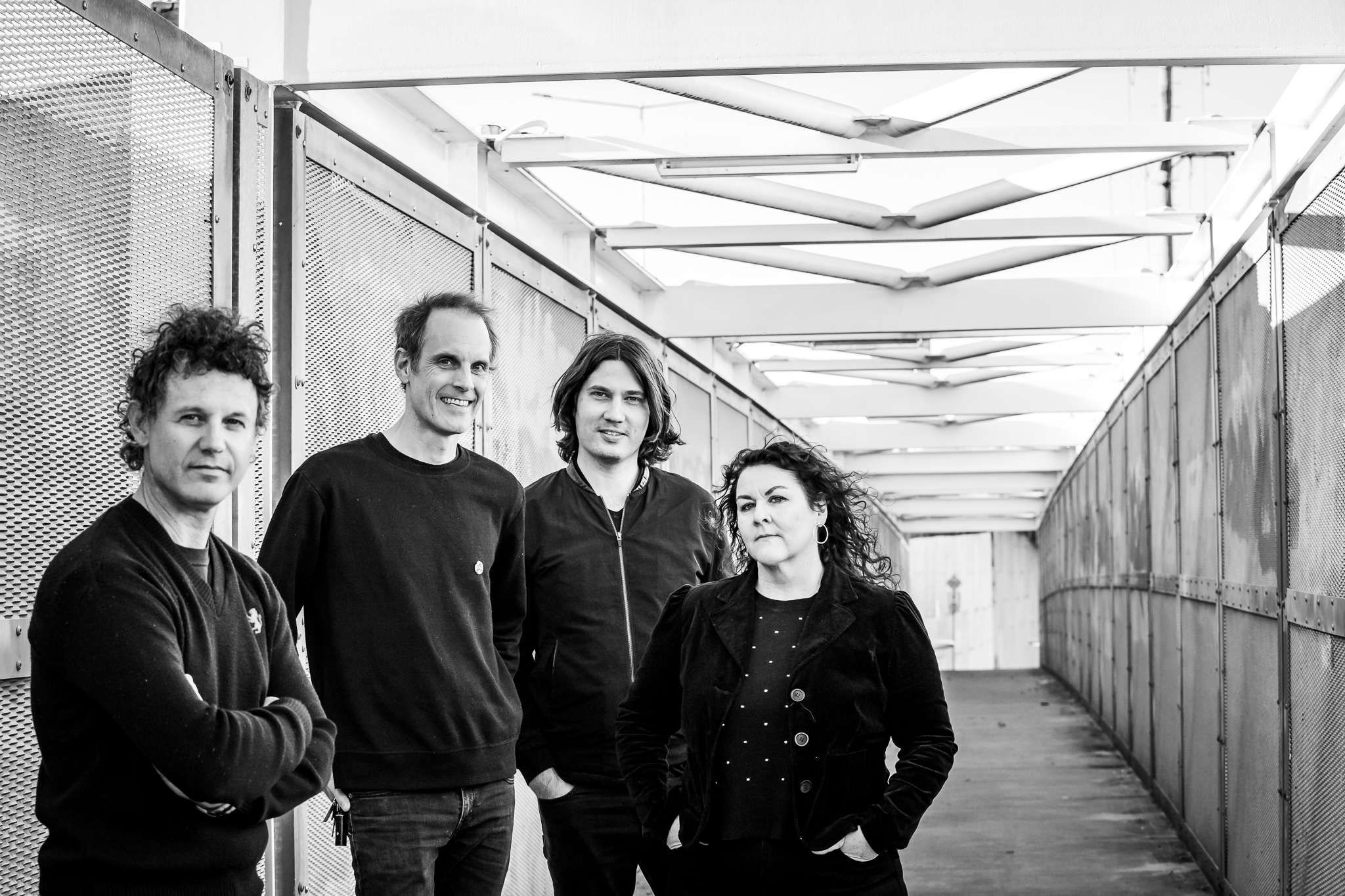 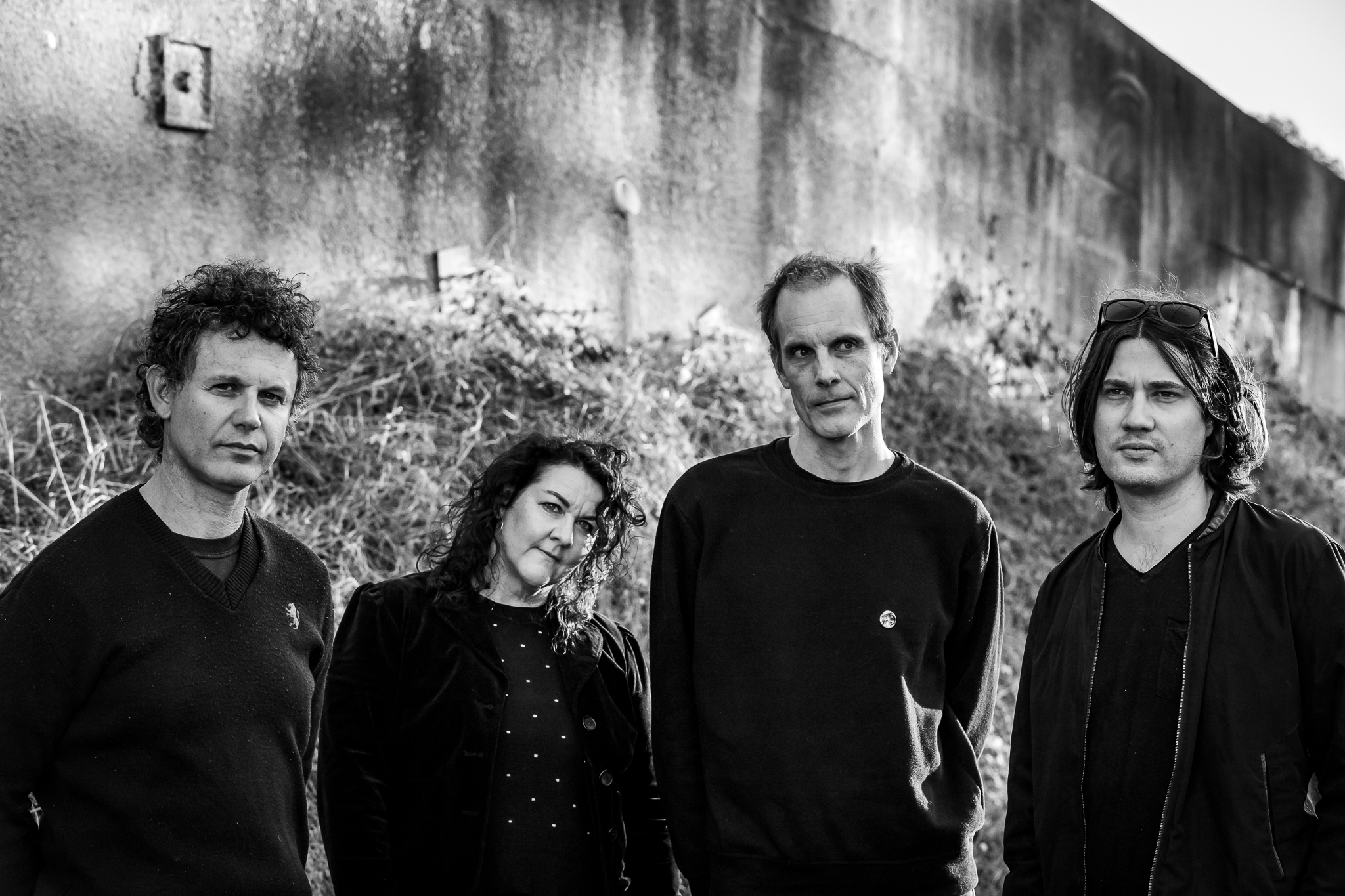 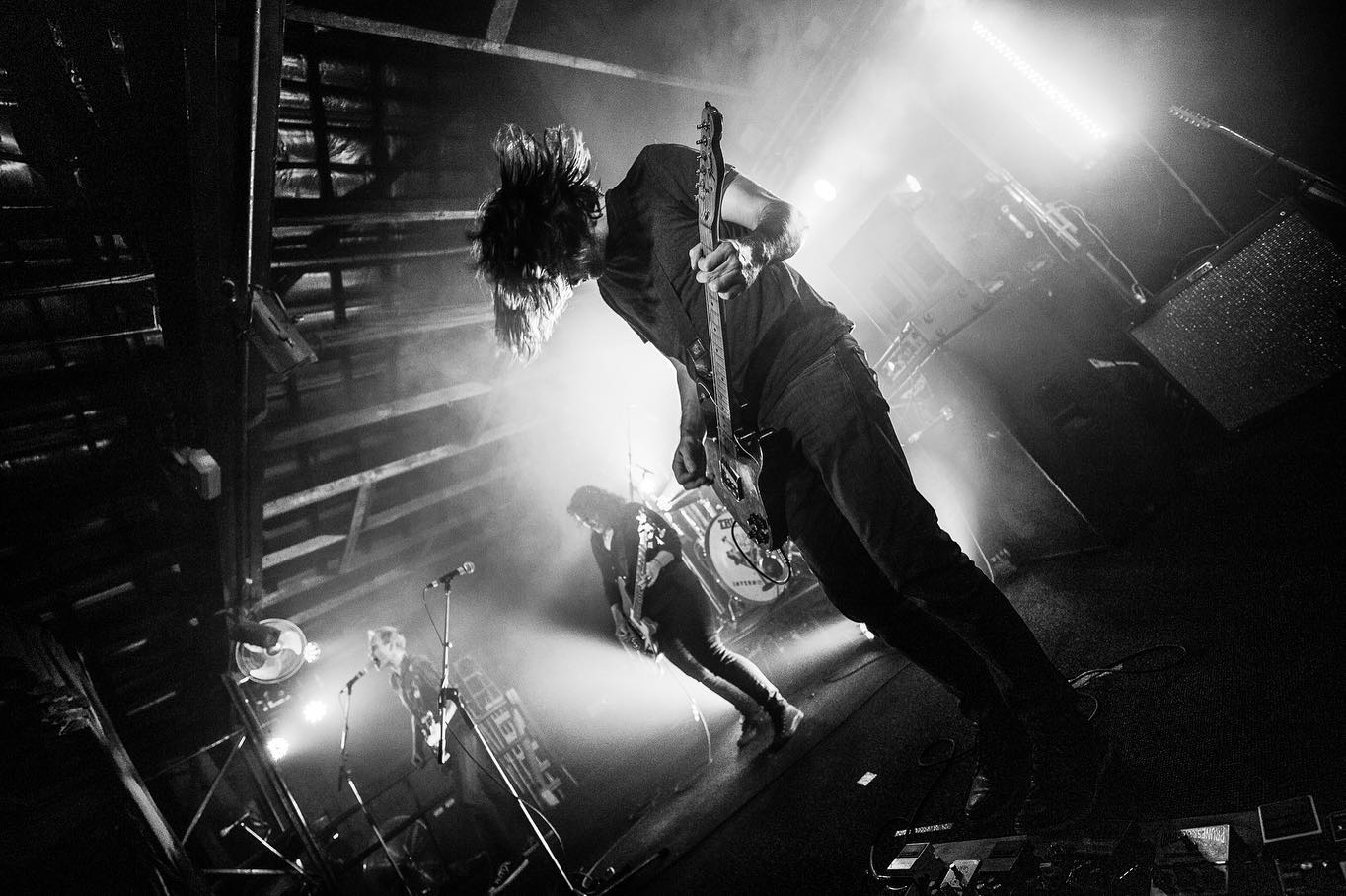 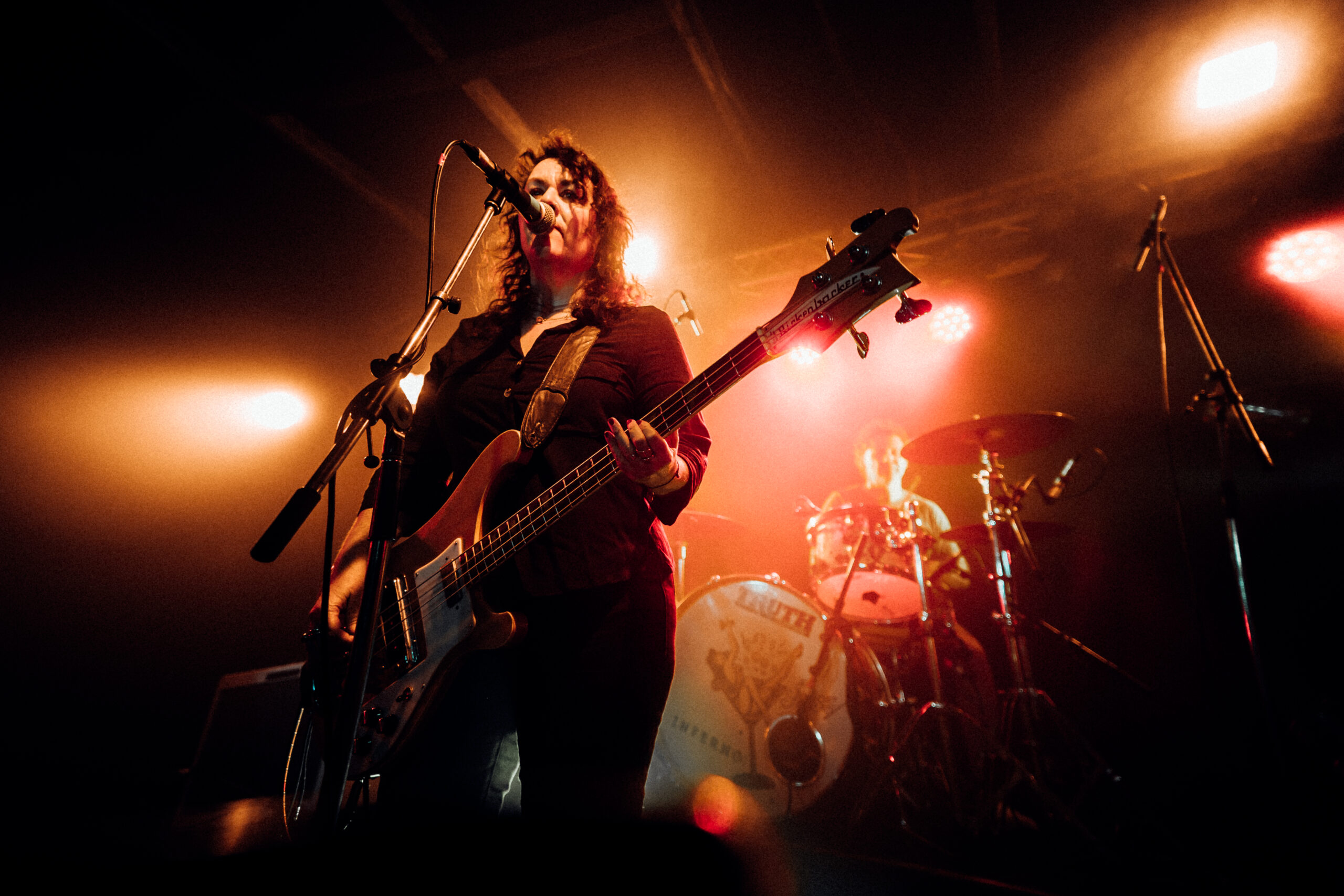 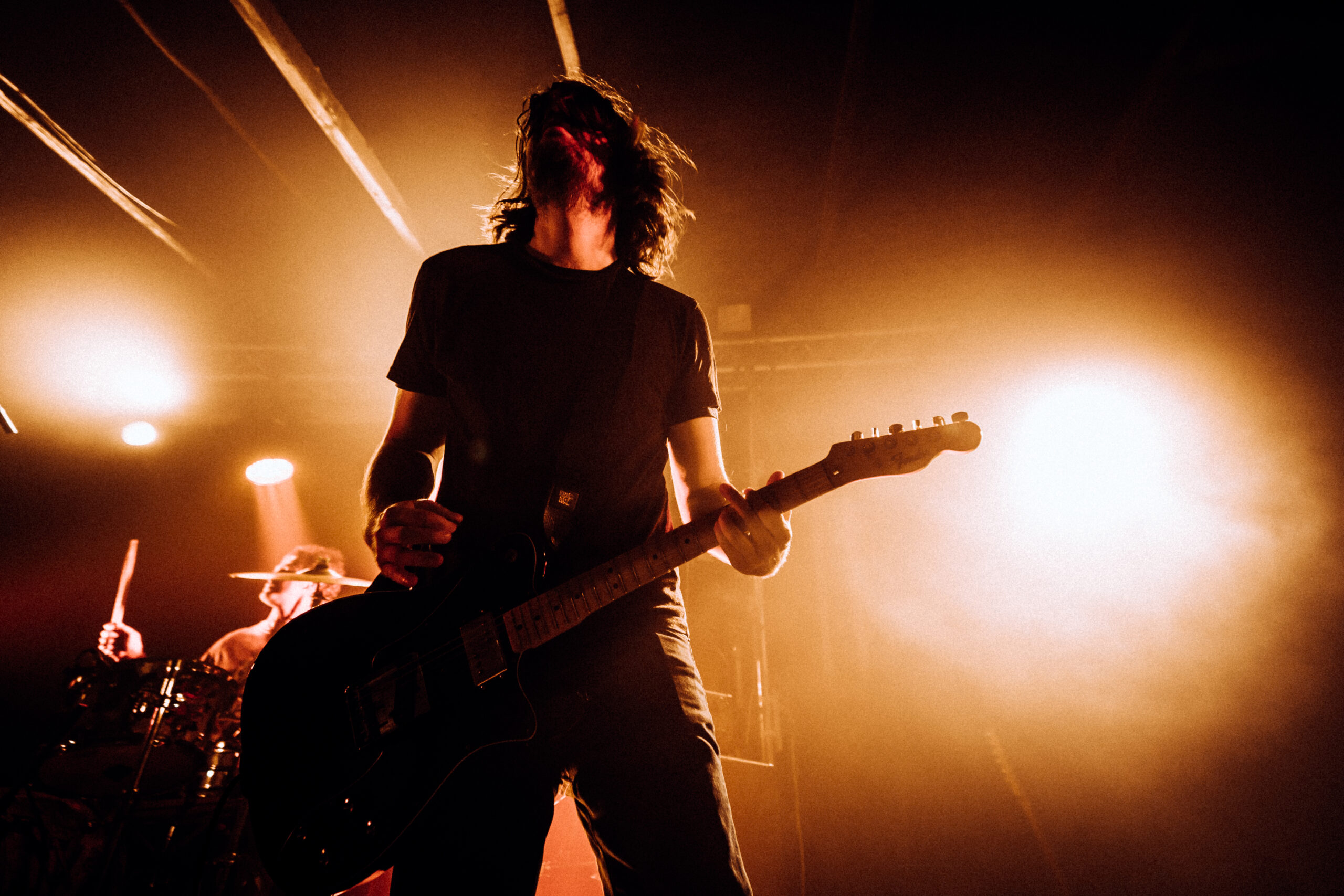 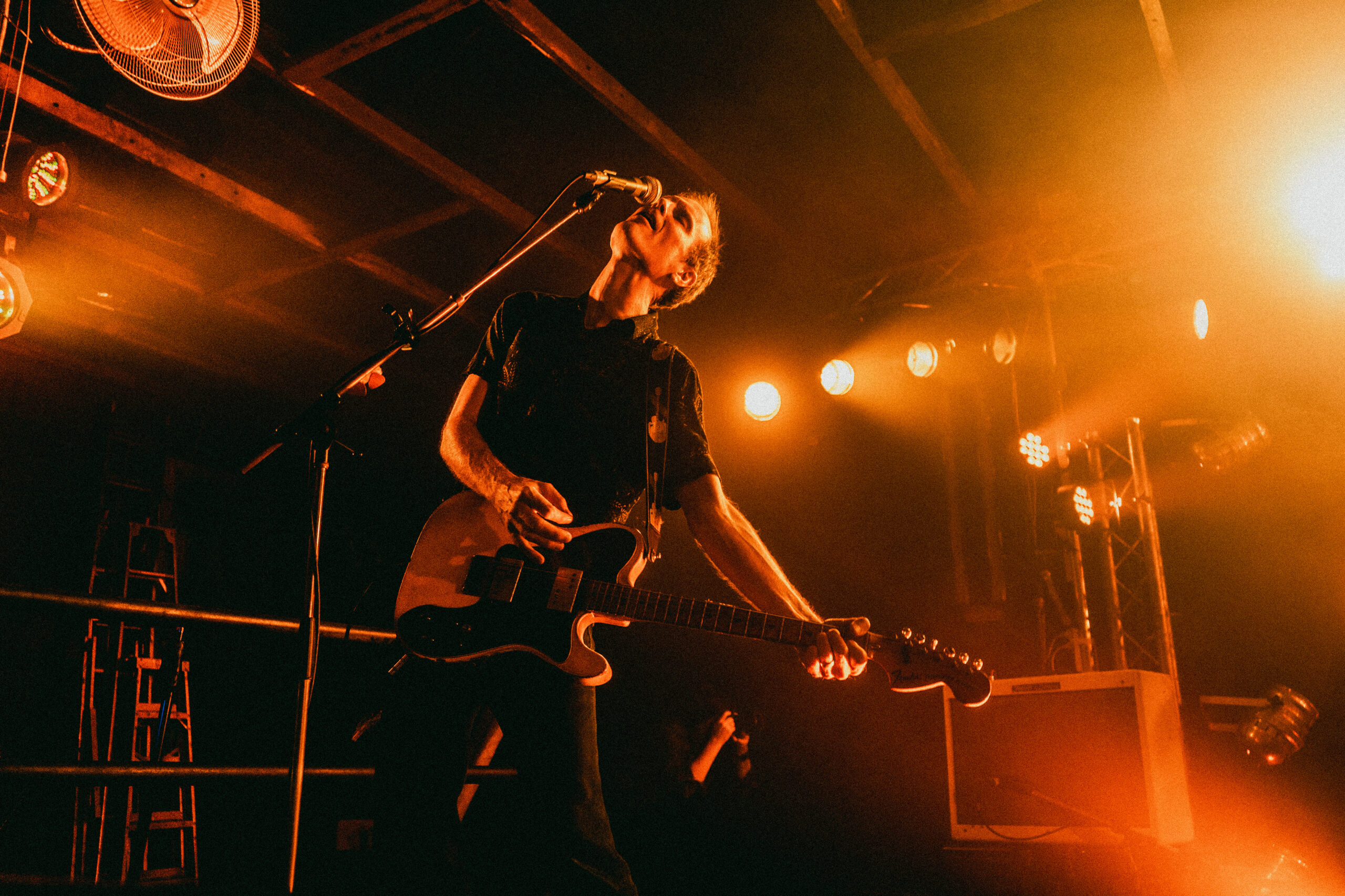 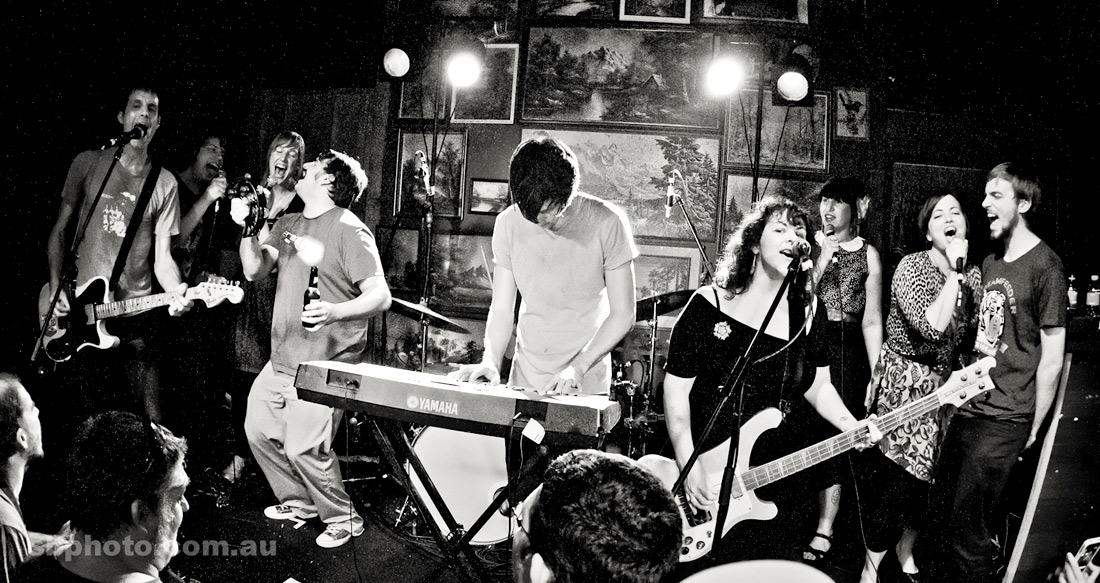 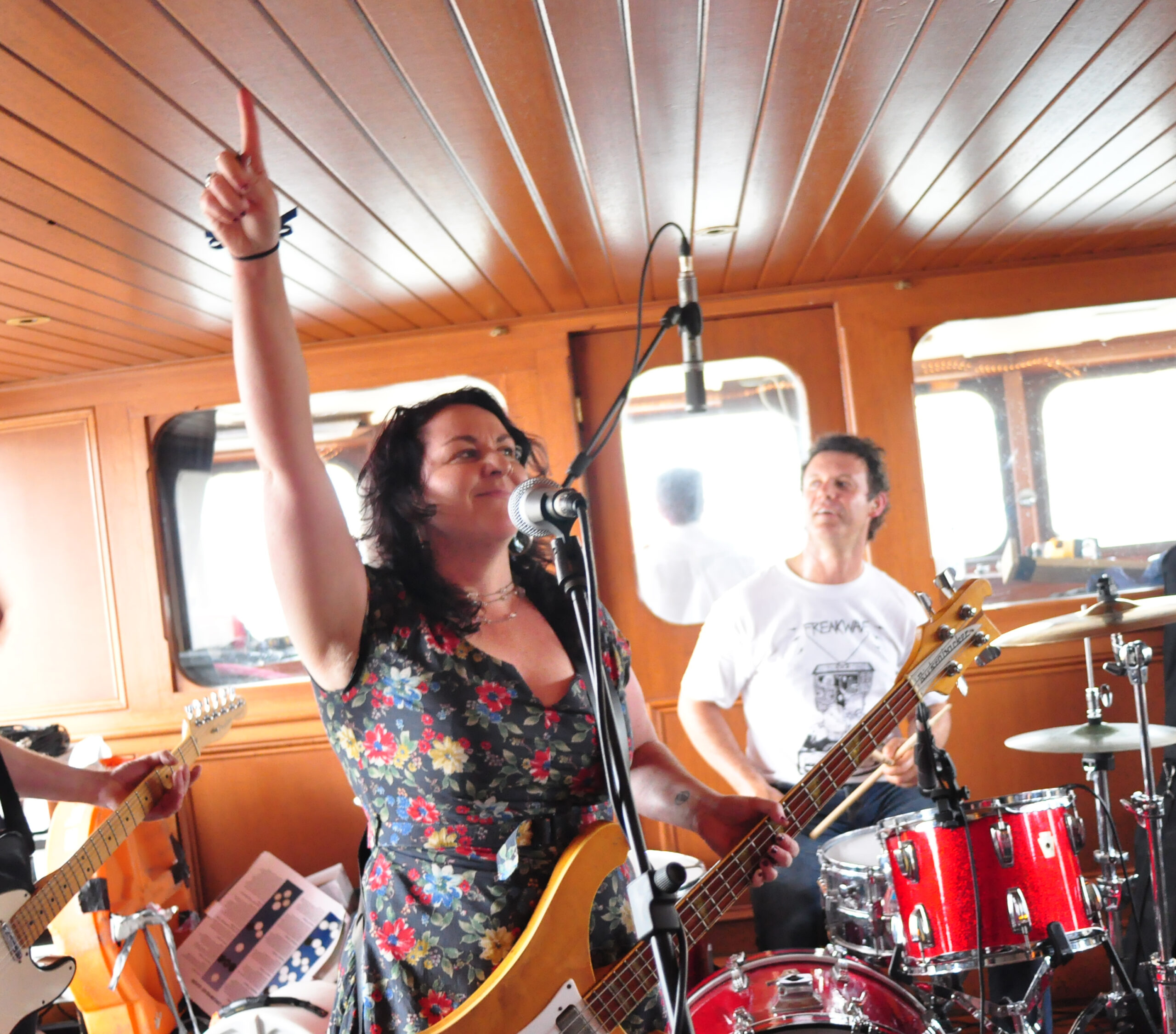 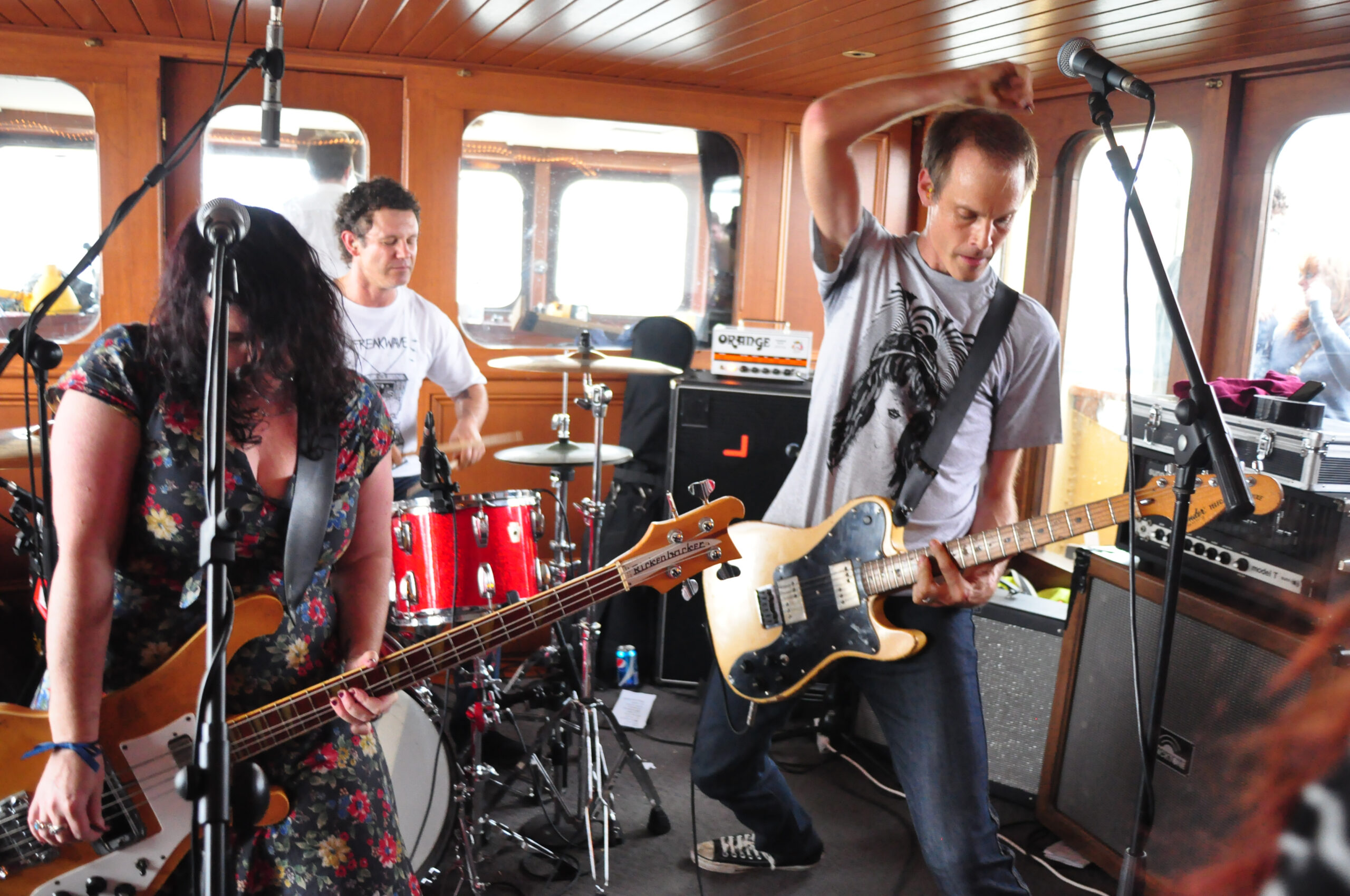 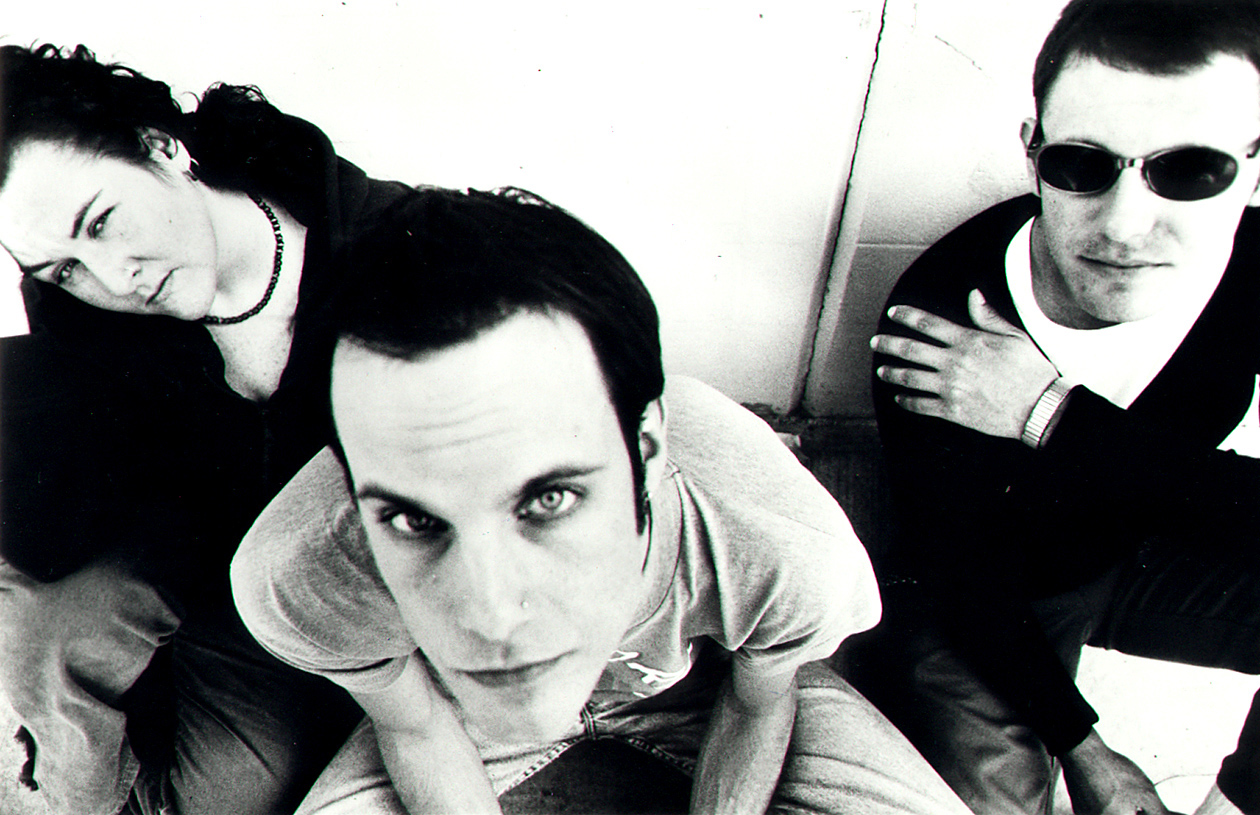