It’s been a while.

Almost a year in fact. How have you been?

We’re coming out on tour, doing a quick run around the country. Lots happening and we’ll tell you why over the next few weeks.

In the meantime get ready for these gigs. They’re going to be great. We’ve picked some amazing supports, we’re playing with some of the best emerging bands in the country. We’re chuffed. Keep the dates free and we’ll see you in April! 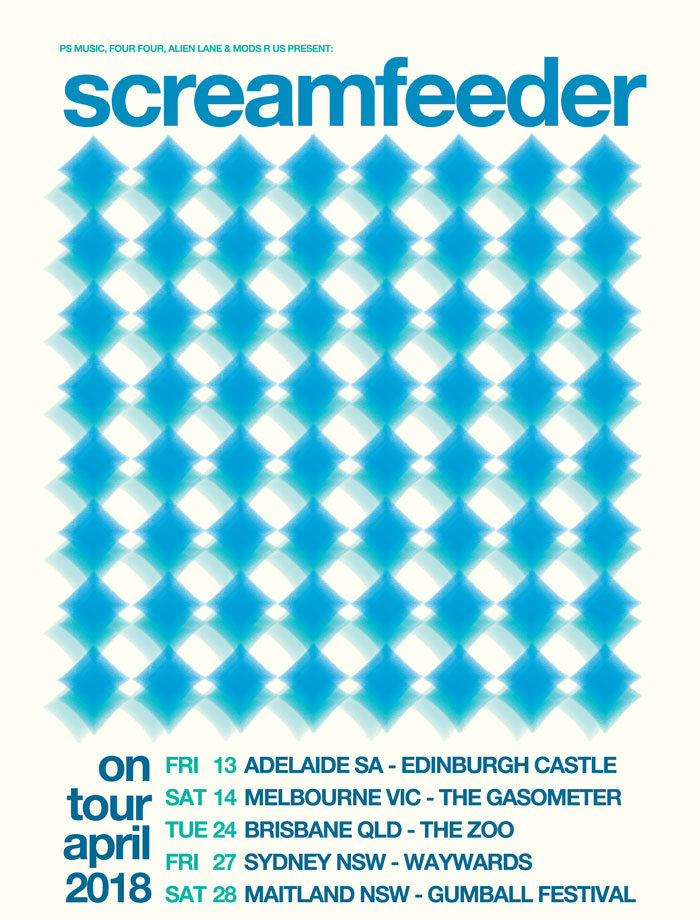 Tim and Kellie are going to be available for hire through Parlour in February.

Parlour is an agency specialising in the hosting of private house gigs across Australia.

Much as we love playing loud we also really enjoy playing the songs quietly, so you can hear the words, and we can play with the arrangements a little, things like that. We have a pretty fun time playing as a duo and everyone seems to like it. Or so they say.

We’ll come to your house and play a private party gig, we’ll play whatever songs you’d like, it can be totally spontaneous or planned down to the last detail – up to you.

Parlour gigs: homepage | How it all works

Let’s see how this goes. What’s the worst that can happen.. right? 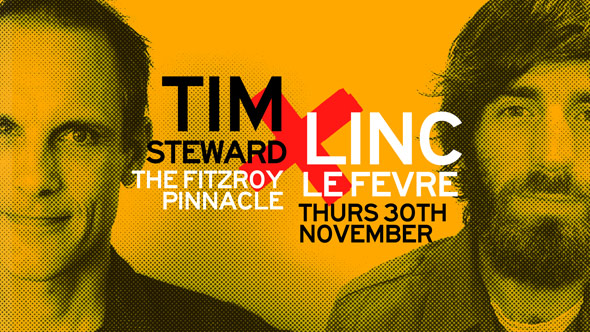 Tim and Kellie “introduce each other’s songs with varying levels of clarity, Steward keeping stock of years and titles while Lloyd laughs at her own terrible memory “This song is off… Tim, which album is this one off?” 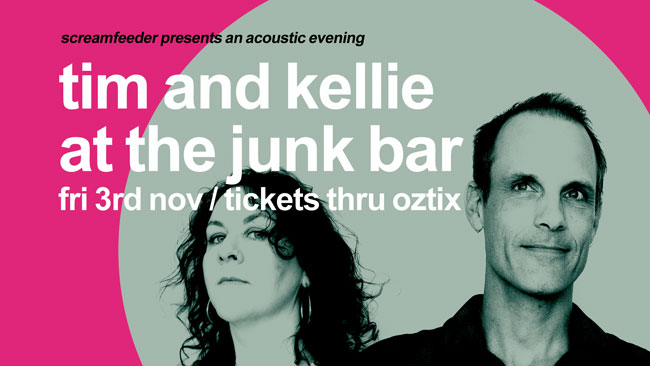 It’s been a big year – a lot to remember! Join us as we explore some Pop Guilt moments in reduced mode, and revisit some older SFr faves.

Limited tickets are available for this up-close-and-personal gig, in the best sounding small room in Brisbane.

Tim Steward and Kellie Lloyd have been playing in Brisbane’s Screamfeeder for 26 years. Lucky it hasn’t been continual, it may well have killed them.

They had a few years off in the late noughties before getting the band back up and running in late 2015 to release their new single Alone In A Crowd. This was the first hint of what was to become the band’s 7th full length album, released in May 2017: POP GUILT.

Come and see why these two just can’t just let it rest, and what makes their unique chemistry so conducive to great songs and a fun and unpredictable live show. Tim and Kellie will play solo and together. They’ll dig up some of the Screamfeeder gems you love so much, and also showcase some Pop Guilt songs in a whole different light.

Here’s a review from when we did it before..

Watching today’s Live Spark is like being a fly on the wall while two long-time friends and bandmates jam out in their loungeroom.

Playing two sets together, Kellie Lloyd and Tim Steward take it in turns to be soloist and a sidekick. Drawing from their work together in Screamfeeder, Steward’s band We All Want To and their respective solo albums, there is a lot of ground to cover and explore in this acoustic setting.

With over two decades’ worth of material between them, it is the camaraderie between them that helps give such a large volume of work context. There is good-natured ribbing and a clear admiration of what each other has to offer. They introduce each other’s songs with varying levels of clarity, Steward keeping stock of years and titles while Lloyd laughs at her own terrible memory. (“This song is off… Tim, which album is this one off? It’s not Kitten Licks? It is! Wow!”) This is reflected in their songwriting, the former’s tunes are wordy and grounded in the everyday, while the latter’s airy voice and ephemeral imagery paint a more abstract picture.

Lyrics usually nested in the hum of guitars and drums are laid bare, and showcase some great lines in Steward’s songs like Ramp Up The Bleeding. Lloyd, who hosts songwriting panel Waxing Lyrical, prompts discussion over lyrics a few times after Steward plays.

The two joke about a game called What’s My First Line?, partly a test to see if a bandmate knows the songs as well as the singer, and partly laughing at the terror of a mind blank at the starting gate.

The covers chosen are varied and show their influences, suiting the relaxed hum of the afternoon. There is a hat tip to Chrissie Amphlett early on with Kellie Lloyd choosing Divinyls’ Boys In Town, and the second set features the two singing together on The Breeders’ Do You Love Me Now and Danny Says by Ramones. They collaborate so seamlessly, and there are some wonderful moments when they pull out the Screamfeeder tracks.

A rendition of Pigtails On A Rock is a real treat, the pulsating harmonics hypnotising beneath the defiant, petulant lyrics. Stopless ends the afternoon, the rolling shuffle of the guitar and stream of lyrics a calming river to float away on.