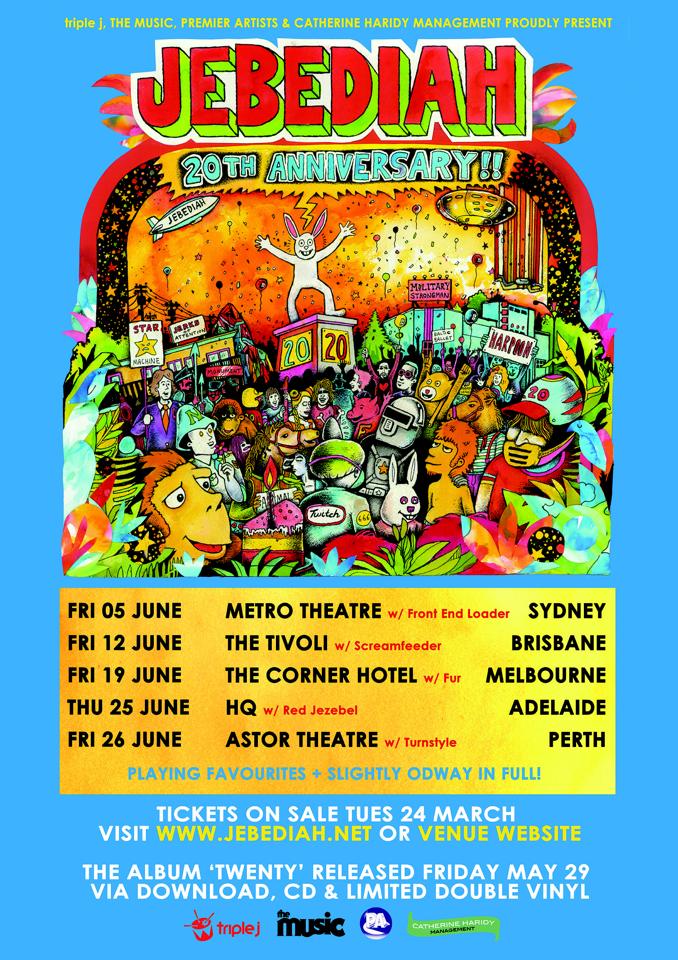 Our old mates Jebediah are on tour celebrating the fact that they’re all still alive and making music 20 years after they first arrived on the scene.

They’ve chosen us as the main support for their Brisbane show, we’re stoked – it’s going to be great. Remember all those old hits you used to hear on jjj? They’re gonna play em all.. and so are we. 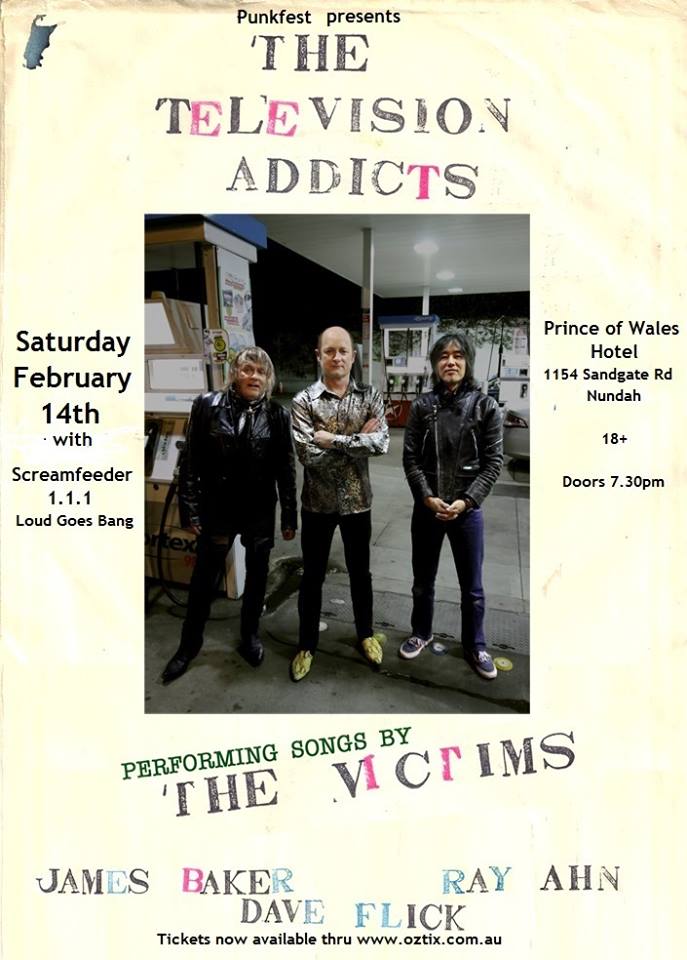 After playing a series of gigs last year we came to the realisation: gigs are fun.

Along with other realisations like: we’re a band, and: we know how to play a bunch of songs, this led us to the point where now, in 2015, we’re opening the floodgates, taking bookings and getting our dancing trousers out of the cupboard again.

We have a couple of great shows coming up.

We’re playing with a bunch of punks from the SEVENTIES – The Television Addicts – playing songs by The Victims. One of those great seminal “time and place” acts without whom a whole swathe of Aussie garage greats might never have existed.

And – more excitingly – we’re playing with a whole bunch of new acts at the Sonic Masala Festival. We’re the old guys at that one.

We can’t wait to play again, see you at the bar.

Thanks for a great tour everyone, that was amazing~!

We can’t wait for the last gig of the tour, at Brisbane’s Underdog on Dec 13th.

In the meantime we are stoked to announce another Brisbane show, at new venue The Triffid on Friday 14th November. **This isn’t an “Early Years” gig – it will be a full set of old and “new” songs!

We’ve curated a killer lineup of 5 guitar bands.. so if you’re tired of lightweight music, come and get your fix of loudness.

We’re so proud to announce that those magnificent Sydneysiders Sounds Like Sunset will be gracing the stage, along with lo fi superheroes Tape/Off, 80s punk-badminton-warlords Babaganoüj, and twisted-wasabi-hang-gliding-pop meastros The Cathars. This is going to be a night not to be missed!

Triffid is a new venue in Newstead, by all reports it’s really great, come on down and get loose. 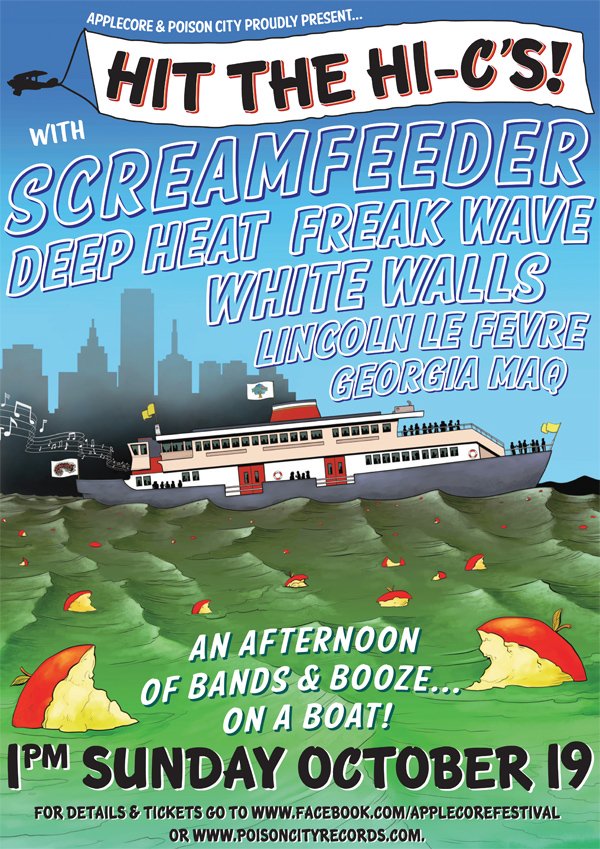 We have one more gig to announce for the year and it’s gonna be a killer!

After taking a year off from their beloved backyard music festival, APPLECORE is kicking off this summer in style in the only way they know how – by putting some great bands in a fun location. This time around, taking to the water with a host of local talent on The Victoria Star!

Teaming up with Poison City Records, Applecore presents Hit The Hi-C’s! on Sunday October 19th for an afternoon cruise along the Yarra with an exceptional line-up of artists headlined by seminal Brisbane indie-punk legends SCREAMFEEDER as part of their “Early Years” tour. Joining them will be Poison City alumni DEEP HEAT, WHITE WALLS, FREAK WAVE, LINCOLN LE FEVRE and GEORGIA MAQ.

Tickets are $20.00 and this event is pre-sale only! There will be no tickets available to purchase on the day so make sure you get in quick!