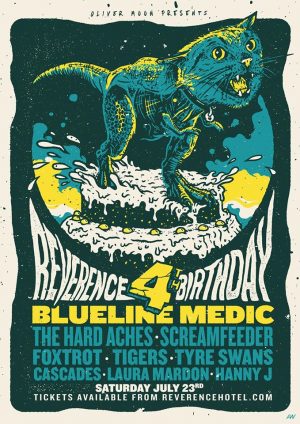 This one’s gonna be awesome!! Finally we get to play Melbourne’s punk bastion, The Rev. See you all at the bar.

We’re turning 4 and on Saturday July 23rd we’ve got an amazing party line up to help celebrate! Our all time favourite band Blueline Medic will be headlining this years birthday show. A cornerstone band in Australian underground punk / rock history, Blueline Medic’s angular & cerebral songwriting has always been on another plain. A set which is no doubt banger after banger is a perfect way to end a night of celebration and good vibes!

Our mates from another state The Hard Aches (Adelaide) have been regular visitors to the pub over the past couple of years. Last year they released the incredible “Pheromones” album and we are stoked to have them on the show. Indie legends Screamfeeder will making the trip down from Brisbane to shine the sunlight into everyone’s hearts with their perfect Indie noisy pop rock!

It’s been almost 6 months since we released Alone In A Crowd, hard to believe. So, it’s time shove our flagpole into the ground and reclaim the territory again – with another NEW SINGLE!

We’ve been writing songs for what will shape up to be our new album, later in the year, and some of them are just too good to hold back.

So to celebrate we’re getting some of our best mates on board and having a big fat launch gig at THE ZOO on July 8th. It’s going to be a celebration of loud guitar music.. the kind we made when we were young. We rounded up the best bands we could think of to fit the bill, we think you’ll agree this is a pretty phenomenal combo.

We say: uber-grunge lords since the dawn of time, still slugging it out with low slung, low tuned guitars, churning out one bombastic wall of sludge after another. And not giving a fuck the whole way.

They say: Budd will melt your minds and save your soul from most certain commercial radio disaster with monstrous, mountain collapsing, wall of sonic face melting fuzz. In 2015 the original lineup of Budd finally released a vinyl version of YakFat – on Tym Records. The in-store launch on Aug 29th 2015 was our first assault with this original lineup in 22 years, playing our unique style of fuzz driven guitar.

We say: These kids party like it’s 1999 but they actually DO care – a lot. Killer pop melodies and great lyrics over punchy-as-hell fast punk-pop in a vaguely Descendents/NOFX model. But funner – yes! They pretty much EXPLODE live. Lead dude Matt has two leads coming out of his GUITAR, running to a guitar amp and a bass amp. They’re serious.

We say: Angular, weird, but super melodic and realised at the same time. Echoes of your favourite 90s songs which were just your own, so not the “Teen Spirit”s but the “Silence Kit”s, or the “Used For Glue”s. Young and cool torch bearers for Indie Rock.

They say: The Bear Hunt thrive on contrast; portraying ideas of social conflict and isolation, their lyrics revolve around Gonzo and hedonistic ideas. Their sound is raw and disheveled but somehow tight, full of heroic stoner groove riffs. True garage rock mingled with the occasional touch of blues, country and psychedelia. 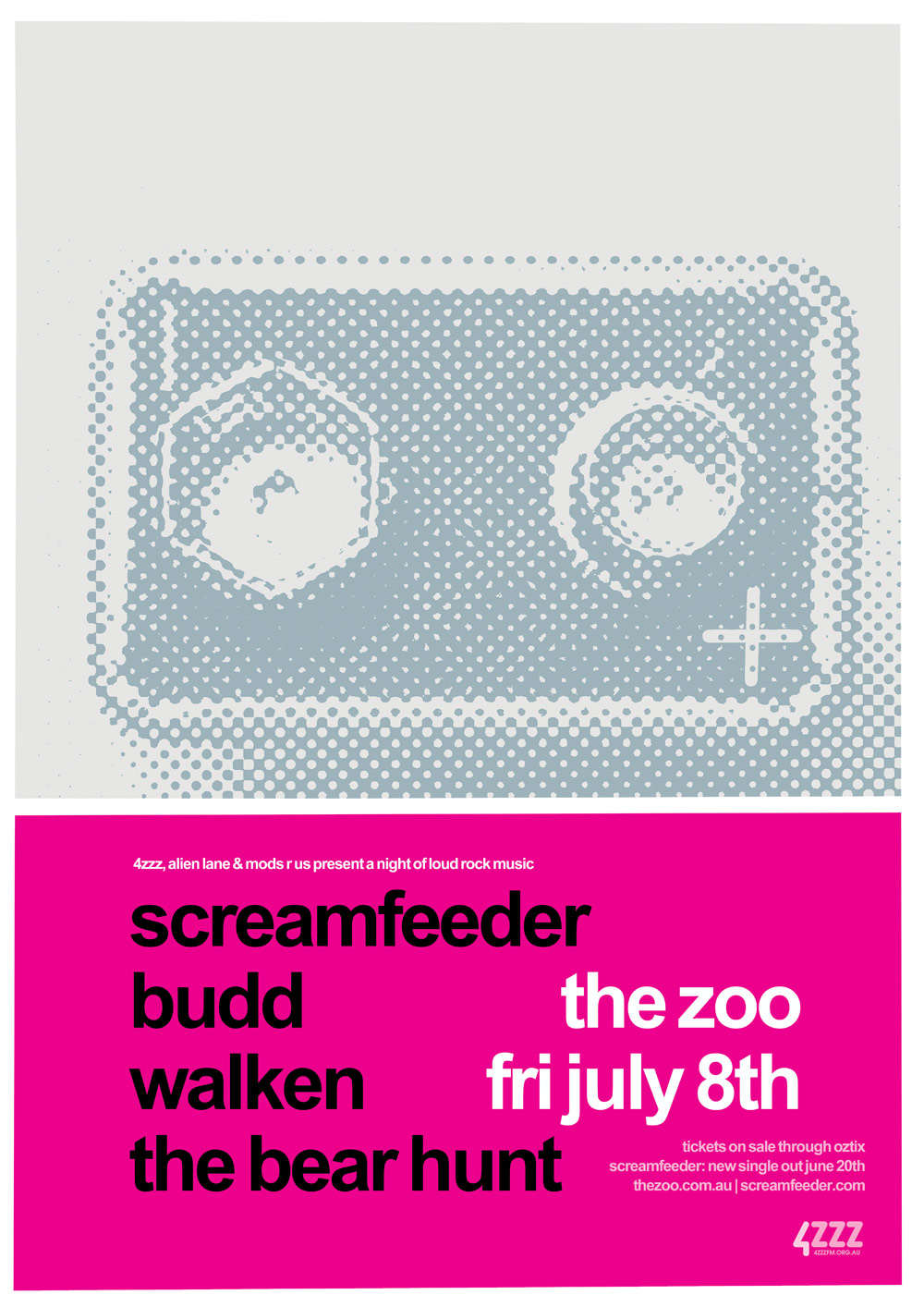 We made 2 clips for the same song, using footage from the same shoot. But – without seeing each other’s versions. V2 is coming soon – will it be similar or totally different? You’ll have to wait and see ..there’s a lot of footage to edit into 4 minutes. In the meantime enjoy: Rules Of Attraction [V1]

It’s been 10 years since we released our last EP, 2005’s Delusions of Grandchildren.

We’re not sure why, but it just took that long for us to decide to pick up the baton again and keep running. The main reason is that the wonderful people at Poison City Records have taken such an interest in us, and done such a great job on the back catalogue re-releases. It gave us a bit of faith again, and it feels right.

Video shot and edited by Kellie. The single will be digitally available across all platforms on November 25th.

“..Tim and Kellie began writing together, birthing small snippets, recording on phones and re-listening on car stereos. Over time, fully formed songs started to appear. Among them, ‘Alone In A Crowd’.

Lyrically taking shape from a conversation between Tim and Kellie, the pair drew from reflection and isolation. “It was an observation around going out. The tension and anxiety around knowing everyone in the room, but still feeling a little lost at times. It’s pretty universal, really. Nothing specific, just a rumination on how most people feel in the modern world and the anxiety around being a social creature,” Kellie explains.

‘Alone In A Crowd’ is the first new material from Screamfeeder in ten years. The single will be proudly released through Poison City, offering a taste of their forthcoming album, set for release mid-2016..“